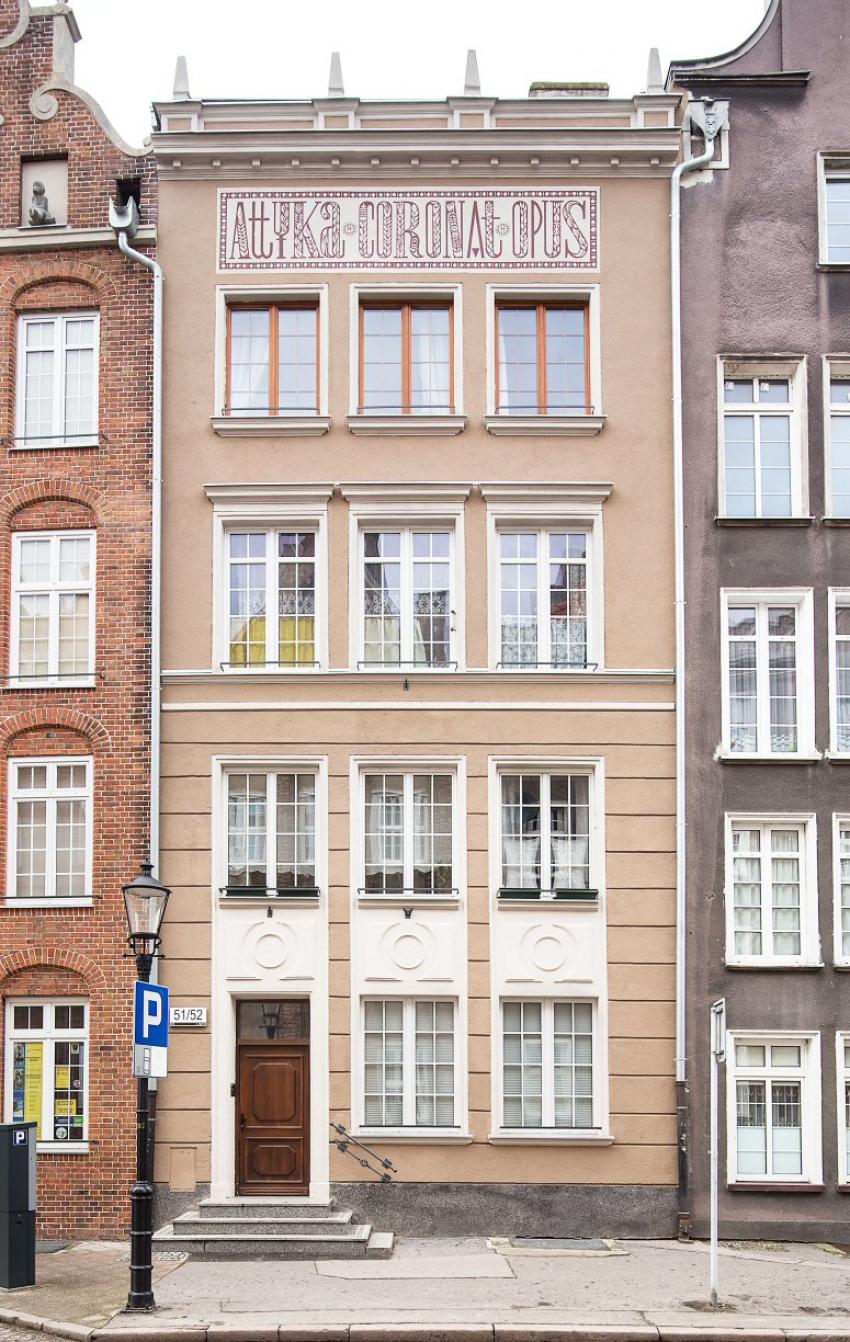 Group of tenement houses with rich decoration on elevations, which did not require larger intervention of the artistic works, that's why the authors limit themselves to a modest detail and painting, which emphasized only the architecture of the two facades. On the left facade Mariusz Burdek made two concrete statues of little boys which were placed in two empty niches in the renaissance gable. Niches were probably provided under sculptural works, but it hasn't ben executed during time of reconstruction. On the second facade artist Jacek Wielebski in the top of the wall made inscription which is a play on words, enclosed in a rich art form of lettering. The whole façade has been completely renovated and the choice of colours emphasize its composition.

See on the map 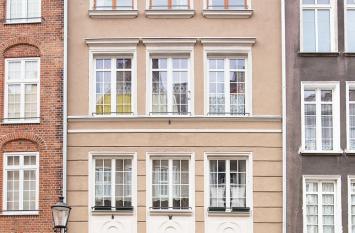 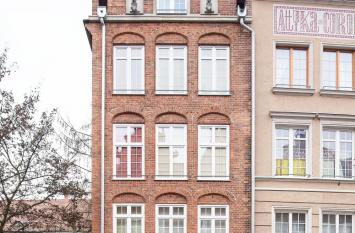